Today (August 20, 2015) I became aware of what appears to be first poll results from the riding of Port Moody-Coquitlam.  The poll, which was apparently commissioned privately by the group Leadnow and conducted by Environics, took place between August 15-18.  The summary results of the poll are posted on their website here (and reproduced below).

Now, a few caveats must be expressed about the Leadnow poll results and the projection provided by ThreeHundredEight.com.  First of all, it must be remembered that we are still very, very early in the campaign with almost none of the candidates having quite yet hit their stride campaignwise.  Moreover, as a local pundit will I’m sure be quick to point out, we have the experience in our recent memory locally where the polls were decidedly incorrect (cast your mind back to the Province headline that said Adrian Dix could kick a dog and still get elected below).

Past experience has shown us that campaigners on all sides should not be complacent in regards to the polling result provided by Leadnow and/or the projection put forth by ThreeHundredEight.com as we still have a long, long way to go in this race.  That said, the Leadnow poll results and the ThreeHundredEight.com are useful in themselves as they at the very least, provide a baseline from which subsequent polling results may be compared and evaluated.

Edit: A second Environics poll conducted Sep. 18-21 was recently published for the riding and can be found here.   The second poll shows the NDP dropping by 13 points but still maintaining a 7 point lead over their nearest rival the Conservatives, who gained 7 points and are now sitting at 34% according to the poll.   The Liberals increased their support by 5 points and are now sitting at 19% while the Greens have increased their support by 2 points and now sit at 7%.  Overall the results indicate the same relative placement in terms of the standings in the race and an overall tightening of the race.   At the same time, the poll also suggests that a substantial undecided vote still remains.  One must remember that this second batch of polling data would have taken into account the NDP Syrian refugee controversy with the effects of that now being factored in.  Conversely, the poll took place before the Conservatives’ politicization of the Terry Fox announcement, which will likely affect the local Conservative vote, especially amongst right-leaning swing voters.

My prediction?  Looking forward and barring any major gaffes, I am expecting a strong surge in Liberal support in the riding given the recent performance of the Liberals nationally and as such, in my opinion we are very likely to see a split on the right in the riding with a fairly substantial core NDP vote in Coquitlam augmented by a core NDP support in Port Moody/Anmore likely carrying the day.  On the right, the two Port Moody/Anmore-based Liberal and Conservative candidates will likely split the vote in what has traditionally been a Conservative area.  That said, irrespective of what happens in Port Moody/Anmore, it should be remembered that Coquitlam numerically dominates the Port Moody/Anmore area so ultimately whoever carries Coquitlam will likely, as I say, carry the day and at least for the moment, for various reasons, it appears that that likely will be the NDP.  Only time will tell of course. Just ask Adrian Dix.

Link to the ABC (Anyone But Conservatives) Veterans 2015 Campaign 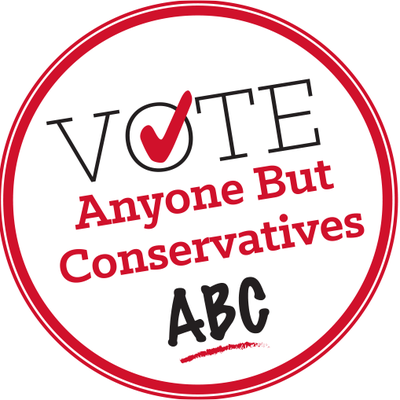